Marijuana use in King County

Just over 15% of King County public school teens taking the WA Healthy Youth Survey reported using marijuana or hashish in the past 30 days in 2014, while nearly 10% more students who were also at academic risk reported using (over 25%), with the highest youth rates in those who were bullied or bullied due to perceived sexual orientation. Disparities in marijuana use between white and all other populations exist, with the exception of those identifying as Asian. Between 2008 and 2012, the highest use rates among teens (8th, 10th and 12th grades combined) by the four regions in the county were in Seattle (22%) and North King County (18%). 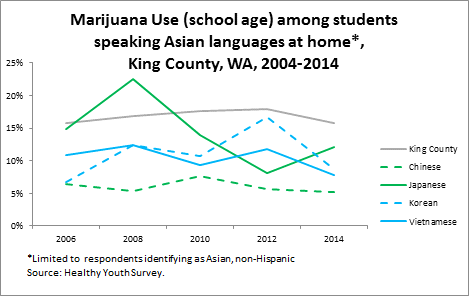 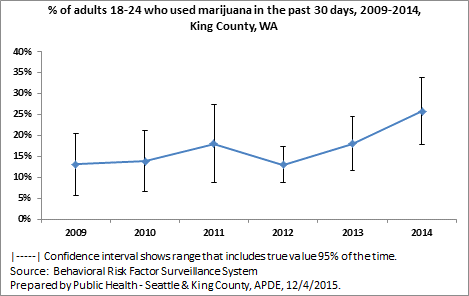