About the Communications Center 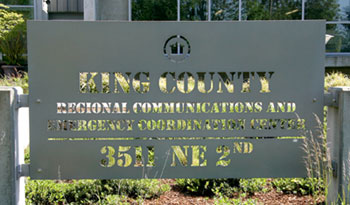 All calls are received and processed by an electronic call router and delivered to waiting call taking operators based on whether 9-1-1 or a non-emergency number was dialed. The call is answered and screened for emergency response criteria by a primary (emergency) operator. If a deputy will be dispatched, the operator enters the information into a computer aided dispatch (CAD) system and it is electronically routed to the proper dispatcher based on the location of the call. If the call can be handled without dispatching a deputy, or if an incident report will be taken in the Communications Center, the caller is routed to a secondary (non-emergency) operator to acquire the necessary information and prepare the report. Dispatchers process the information received in CAD, as well as information received from deputies talking to them on the radio. Dispatchers may have as many as 50 units on one radio channel, coordinating work between Sheriff’s Office deputies and detectives as well as providing radio contact for contract cities, King County Animal Control and Metro Transit Police.