Mission: To provide an Eastside forum for inter-jurisdictional cooperation to implement coordinated, prioritized transportation plans and programs through leadership, education, and advocacy.

The Eastside Transportation Partnership (ETP) was established through an Interlocal Agreement in 1987, which provided funds for a study that resulted in recommendations for transportation improvements on the Eastside. That study was completed, recommendations were adopted, and staffing responsibility was transferred in 1990 from the City of Redmond to King County. Efforts have continued to implement the recommended projects, and many of which have been completed or are currently underway.

By 1995, because of increases in jobs, population, and vehicle miles traveled, declining transportation revenues, and new legislation, including the Growth Management Act and Commute Trip Reduction Act, the ETP determined that the 1991 recommendations needed to be updated. In 1995 the group was awarded a federal grant of Intermodal Surface Transportation Efficiency Act funds. This was supplemented by matching contributions from ETP member jurisdictions, a new Interlocal Agreement was approved, and a consultant was hired in January 1997 to complete the update. This was completed and adopted in 1998. Since that time, ETP has focused its attention on regional coordination and advocacy for ETP priorities.

To achieve its mission, ETP adopted the following goals on January 26, 1996:

In recent years, ETP has focused its efforts on regional coordination and advocacy. 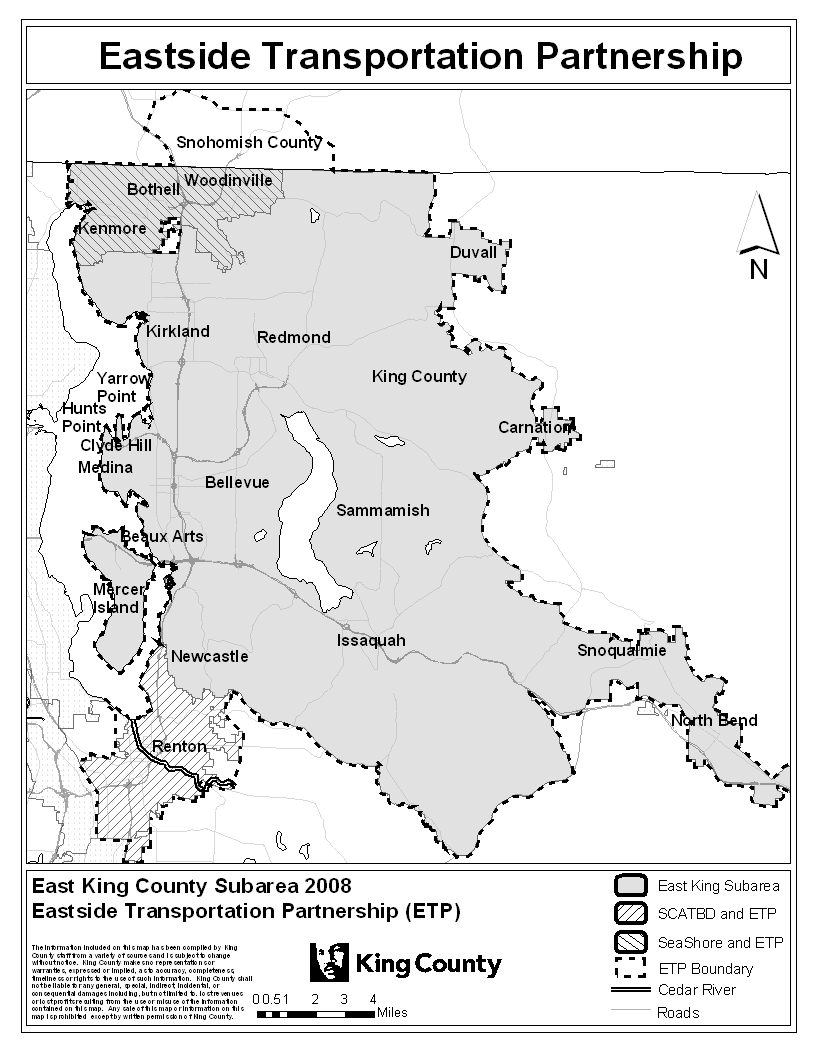