Conserving biodiversity in the face of a changing climate

In the face of climate change, biodiversity conservation may be of critical importance for buffering the effects of rising temperatures on regional ecosystems, damping the rates of ecological change, and reducing the potential for sudden, extreme changes in the environment. Given the interlinkages that exist between climate change and biodiversity the Convention on Biological Diversity, on their About Climate Change and Biological Diversity web site, highlights the need to:

Impacts on some of our plants and animals

The report, Climate Change and the future of Biodiversity in Washington, prepared for the Washington State Biodiversity Council by Joshua J. Lawler and Molly Mathias provides a review of changes expected throughout Washington State. The report provides the most comprehensive review to date for what changes are likely to be seen in Washington’s ecological systems and species. They point out that "Conservation planning efforts are generally based on the current distribution of biodiversity. However, as climate changes, species will clearly move in response to physiological temperature constraints, changes in habitat, food availability, new predators or competitors, and new diseases and parasites." -Lawler and Mathias 2007.

USGS National Climate Change and Wildlife Science Center was established to confront the challenge of having relatively little scientific information on which to inform adaptation or management of fish and wildlife in the face of climate change.

Amphibians are likely to be some of the most susceptible animals to climate change for several reasons:

It is likely that mammals relying on higher-elevation habitats will be most affected by climate change. The pika is one example. Pikas are small mammals in the rabbit family that lives on rocky slopes at high elevations. They have already experienced several population extinctions throughout the west over the last 50 years. Pikas can only leave their burrows to forage when temperatures are cool enough. As the climate warms, they are able to spend less and less of each summer day foraging and consequently are able to store less and less forage for the long winter. And in fact, some wildlife advocates have sued the Federal Government to list the Pika under the Endangered Species Act. See the news article on the side banner for additional information. 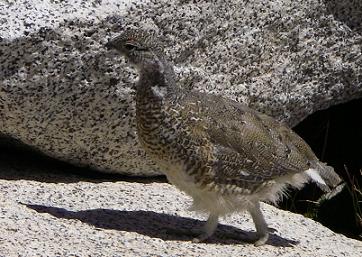 Birds, more than many other animals, will be able to move as changing climate alters their habitats. They will continue to shift their ranges both poleward in latitude and upward in elevation in response to warming trends (they have already started doing so). This means that some birds, like the Western Scrub-jay, whose current range is just south of King County may become more common. It also means that birds like the White-tailed Ptarmigan, whose habitats are currently at 7000 ft and higher, may leave the County's alpine areas altogether, whereas birds like Spruce Grouse may move higher than 4000 ft elevation, which is their current lower limit.

The birds page provides a lot of additional information about birds found in King County.

As water temperatures increase, warm-water fish species will expand their ranges, cool- and cold-water fish species will have a decrease in available habitat. This may mean an increase in competition between non-native fish such as smallmouth bass and native salmon and trout species as well as an overall reduction in populations of our native cold-water species. So, fewer salmon, more non-native fish. But nothing is ever that simple and straightforward.

In addition to potential dissolved oxygen stress resulting from increased water temperatures, salmon and trout may not have enough food if their prey are not available when the salmon need them. On top of that, stress makes animals more susceptible to disease, predation, competition, and other physiological problems. In addition, depending on what happens to stream waters, some important habitats may disappear altogether at critical times of the year -- some streams may dry up during the end of dry summers.

But it still isn't that simple... The flip side is that some ecosystem shifts could actually benefit salmon. For example, changes could result in more high-energy prey resources that are somehow not available to competitors. Variability and uncertainty make prediction a very tricky business.

Some of the largest climate-driven impacts to ecological as well as agricultural and forestry systems may be mediated by changes in insect populations. For starters, changes in timing, known as phenological changes, that result from climate change could disrupt countless systems. For example, advances in flowering dates have the potential to create mismatches between pollinators and plants, between parasites and hosts, and between herbivores and their food resources. Forest pests and pathogens are already known to be expanding their ranges in response to climate change.

Forage fish are another poignant example of the complex web of reactions that can ensue with a changing climate. Marine forage fish, including Pacific sandlance, surf smelt, and Pacific herring are the base of the food web for many species, including but not limited to salmon, marine birds, and orca whales. These forage fish have discreet spawning habitat requirements along the shoreline, including eelgrass beds for Pacific Herring and upper intertidal beach areas for Pacific sandlance and surf smelt. This habitat is located along the same shoreline that is impacted by people building bulkheads in an attempt to limit erosion of their property (see the case study below). 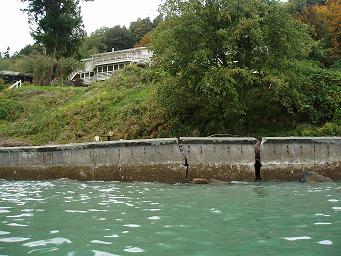 Forage fish and their habitat beautifully illustrate (in a storm-is-brewing sort of way) the complex web of reactions that can ensue with a changing climate. As mentioned above, marine forage fish, including Pacific sandlance, surf smelt and Pacific herring, are important prey for many species, and they have discreet spawning habitat requirements along the shoreline. This habitat is located along the same shoreline that is impacted by people building bulkheads in an attempt to limit erosion of their property. Intertidal areas (areas that are under water at high tide and exposed at low tide) are heavily impacted by the bulkheads.

The impacts of these bulkheads (also known as sea walls) are many and varied:

In King County, the most heavily impacted area in terms of bulkheading are the older developed areas, which includes Seattle and the shoreline north along the railroad corridor, which has been in place for over a hundred years. Federal Way and Vashon are currently the least impacted by bulkheads. But Alki Beach, Lincoln Park, and Golden Gardens still have sand, despite all the development and lack of bluff erosion. How is this possible? You can thank City of Seattle for trucking in sand to keep these recreational areas functioning.

Some predicted climate change impacts to the Pacific Northwest and King County include: