New Zealand mudsnails, Potamopyrgus antipodarum, are freshwater invaders from New Zealand. They were first found in the United States in southern Idaho in 1987. Closer to home, they were found in the Columbia River estuary in 1996, the mainstem Columbia River in 2002, and in Olympia’s Capitol Lake in 2009. New Zealand mudsnails have been in King County since at least 2009. They were identified in Seattle's Thornton Creek in 2011 from a 2009 sediment sample and subsequent surveys confirmed their presence along the Lake Washington shoreline near the mouth of Thornton Creek. They have since been discovered in other Lake Washington tributaries: Bellevue’s Kelsey Creek (2012), Lake Forest Park/Shoreline’s McAleer Creek (2013), and Newcastle/Renton’s May Creek (2014).

Why do we care? 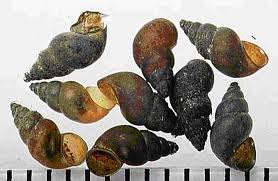 New Zealand mudsnails are a non-native species that have no natural predators, parasites, or diseases to control their population size in North America. They can multiply very quickly and have the potential to become a serious economic and ecological problem for the Puget Sound region.

Mudsnails are hardy, adaptable animals that can easily be transported to new areas by people, pets, wildlife, and equipment. At this time we cannot predict just how large of a problem they will become in the Puget Sound region, but we do know that once they are present in a stream or lake, it is impossible to get rid of them without seriously harming native species present.

New Zealand mudsnails threaten the health and stability of aquatic ecosystems because they crowd out native species – they reproduce quickly and have reached densities of over 400,000 snails per square meter in parts of the US. They have little or no nutritional value to fish or other species; however, they may be consumed instead of other animals with nutritional value. Some studies have indicated that New Zealand mudsnails can alter the chemistry of streams, disrupt the natural food chain, and drive out native stream insects. Natural resource agencies throughout the West are concerned that these animals could further harm threatened and endangered salmon runs.

In Washington, these mollusks are a “prohibited” species and their transport is prohibited by law (RCW 77.12.010). In other words, it is illegal even to carry them accidentally via muddy boots, tires, or fishing gear. 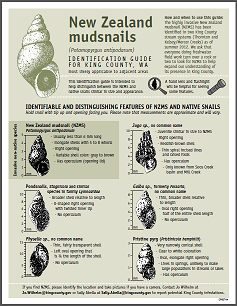 New Zealand mudsnails are very small animals. Pictures of the shells are often posed next to dimes or pennies for scale (see below), and adult snails have been compared to a grain of rice in length (typically smaller than 6 mm in length in the Western US). The shells are elongated with 5-6 whorls, and when the tip is pointing up, the shell opening is on the observer’s right. The shell opening has an operculum, which is a protective cover. Shell color is highly variable and can range from gray to light brown to dark brown.

The ID guide, linked to at the right, can be downloaded and printed to help with identification in the field. Many of our native mudsnails are also very small, so it is best to try to identify species with at least the use of a hand lens.

Follow this link for additional information and photographs of both New Zealand mudsnails and native snails.

What should you do?

Keep in mind where these snails have been found to date, and avoid going into the water or damp, muddy places in those areas. If you do enter the water or adjacent damp areas, then clean your boots and check carefully afterwards to make sure you are not carrying them: 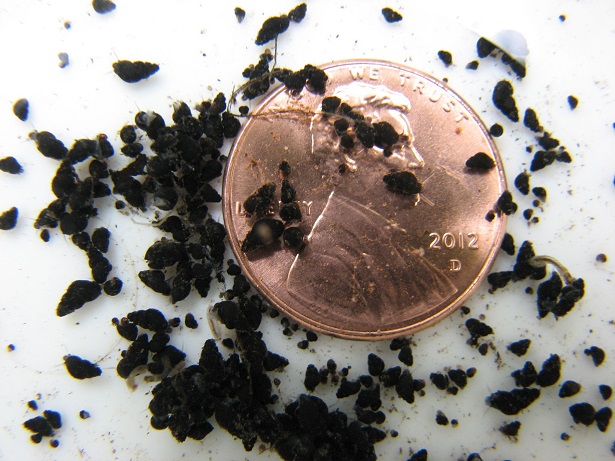 We have prepared a one-page document that covers some cleaning protocols. Feel free to print it and carry with you to the field.

New Zealand mudsnails can lodge in small crevices and folds of field gear, equipment, boats, and heavy equipment. Felt-soled waders have particularly been targeted as good spots for the snails to hitch rides, and some states are considering banning their use in fresh water bodies. If you visit streams, lakes, rivers, or wetlands frequently, then it is recommended you retire any felt-soled waders or wading boots and replace with rubber-soled boots. Then consult one or more of the following guides that describe various decontamination procedures such as freezing, hot water treatment, and chemical disinfection:

If you find what you think are New Zealand mudsnails in a new location: 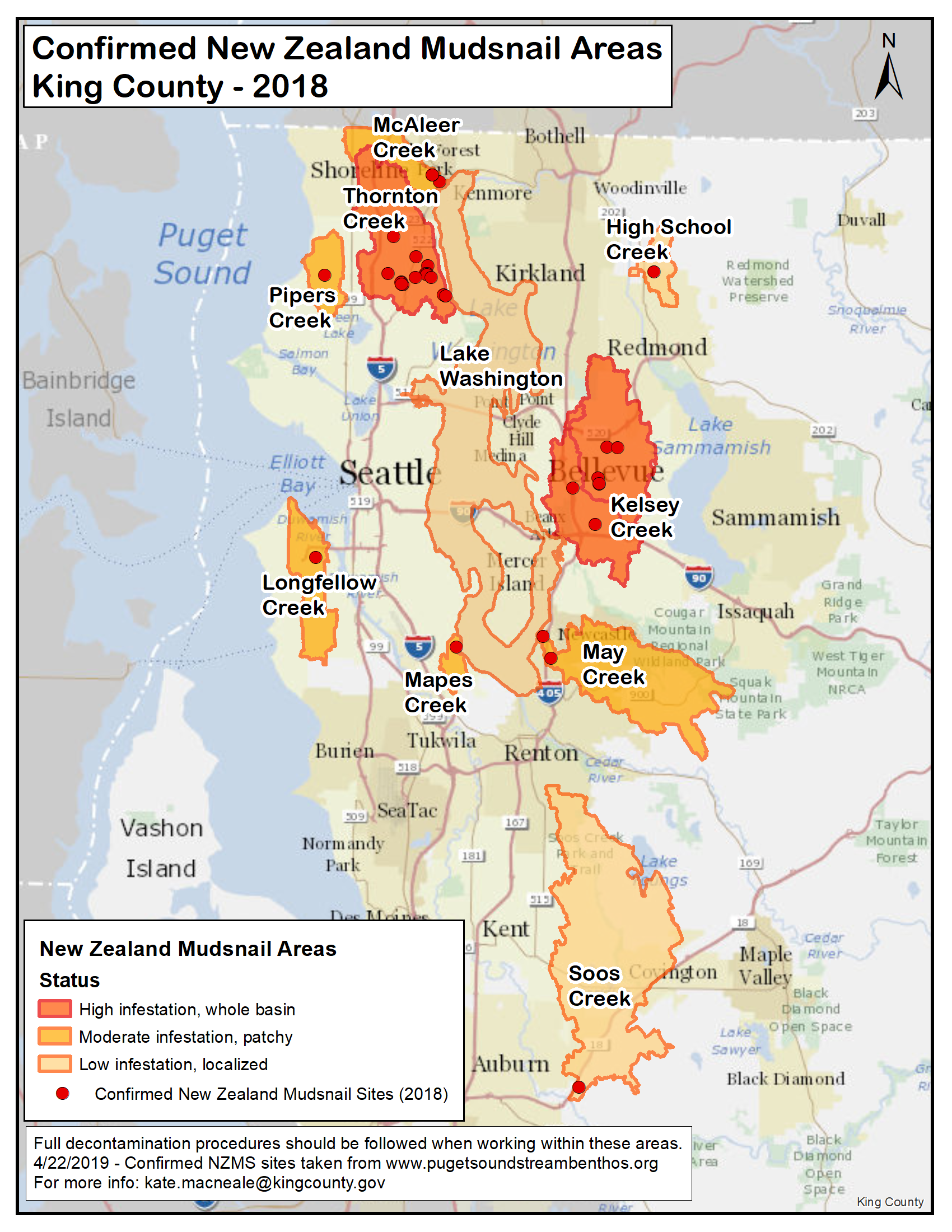 Some good links with information on the snails and their life history, environmental impact, and distribution: 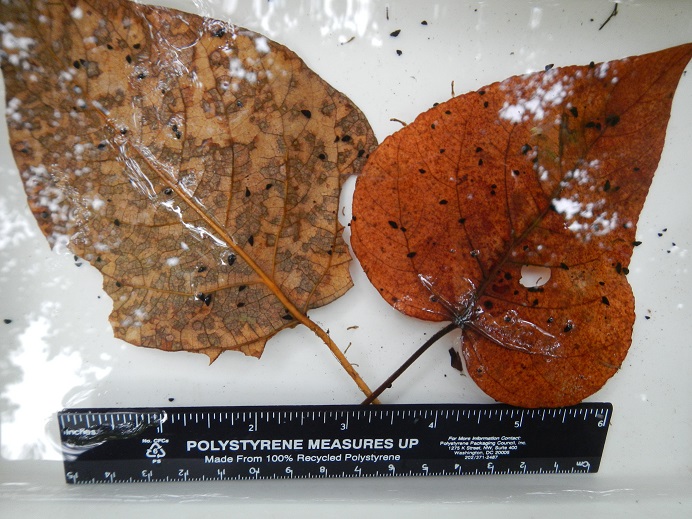 Finally, we have articles in two different newsletters that summarize a lot of this information. So, just for fun, here they are: