Report it to stop it

Sexual misconduct is off-limits on Metro. Help us catch offenders.

Report it to Stop it
Sexual misconduct is off-limits on Metro.

If you see it or experience it

Sexual misconduct is a crime.

It can happen to anyone, anywhere, including on public transit. It can include unwanted comments, touching, gestures and behaviors. Help protect yourself and others by reporting sexual misconduct to stop it.

We put offenders on notice, and reports tripled in 2018.

More people are reporting sexual misconduct on public transportation, leading to investigations, arrests and convictions. Our team is working to reduce the problem and support survivors, with the help of Metro Transit Police deputies and detectives, prosecutors and advocates at the King County Sexual Assault Resource Center. We’re raising awareness that this behavior is not tolerated on public transportation.

What is sexual misconduct?

Other unwanted behavior can violate Metro's Code of Conduct, and can lead to more bad behavior that is criminal. By reporting bad behavior, police can sometimes help prevent worse crimes from happening.

Who is affected by sexual misconduct on board Metro's services?

Anyone can be a target of sexual misconduct. It can happen to anyone anywhere. Law enforcement experts say sexual misconduct offenders ride crowded public transit because it gives them easy access to victims and for the anonymity it can provide. The targets of sexual misconduct can include riders with disabilities, riders who have mental illness, riders who are older, women who are riding alone and might appear to be an immigrant or someone who does not speak English, young people, and visitors who are unfamiliar with the area. Bystanders and targets might not report an incident due to the trauma they experienced, or out of fear, embarrassment or guilt. Some victims might not know who to call for help, or may want to avoid the legal system.

Why are we bringing attention to this?

We want to make transit safer for you. While Metro Transit Police investigated 59 incidents across the system in 2017, that number rose to 178 in 2018. It's estimated that more than 60 percent of sexual misconduct incidents go unreported or are underreported. Reports have increased as a result of bringing attention to misconduct. This doesn't necessarily mean there is more sexual misconduct occurring on board our services. It means your efforts to report and identify sexual offenders are working.

Reports have tripled following ‘Report it to Stop it’ campaign, leading to arrests and convictions…

When you report it…

Provide the following information, if possible:

If you have to leave the scene before providing information, report what you experienced as soon as possible. 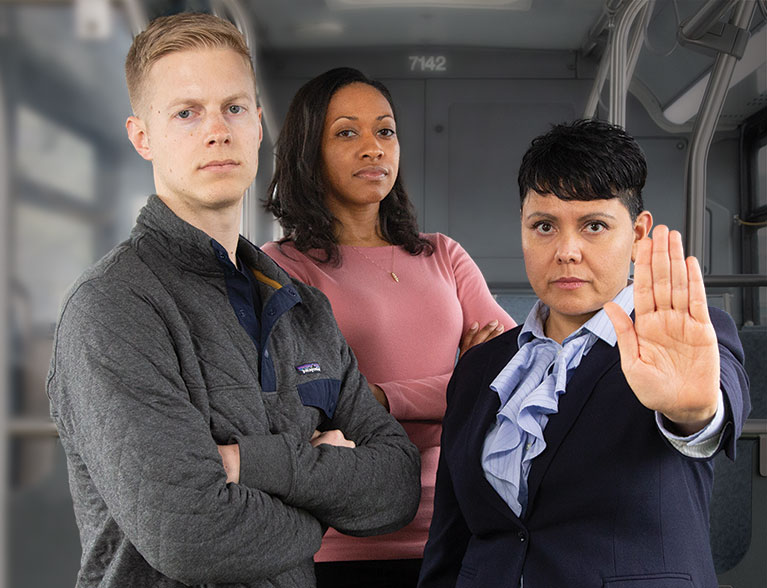