This project was part of the Elliott Bay/Duwamish Restoration Program, or EBDRP. EBDRP is the result of a 1991 legal settlement reached by the City of Seattle and King County (then the Municipality of Metropolitan Seattle, or Metro) with the National Oceanic and Atmospheric Administration, or NOAA.

The areas around the Duwamish/Diagonal Sediment Remediation Project are being evaluated to determine what additional sediment remediation is necessary as part of the Lower Duwamish Waterway Superfund project . 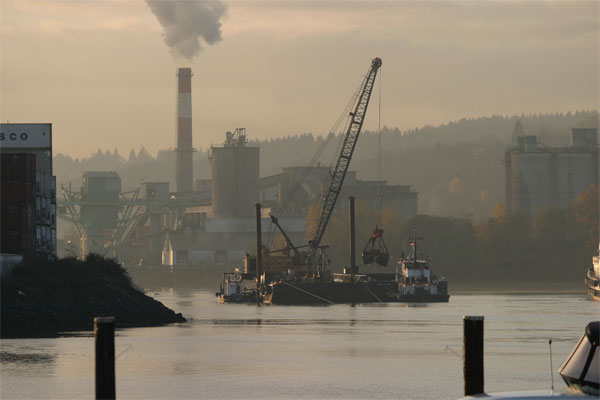 The initial study for this project, issued in January 2002, proposed a cleanup area of about 5 acres. In February 2002 during public review of the study, comments were received that recommended expanding the site to include an adjacent 2 acre area upstream. After further evaluation, the EBDRP Panel expanded the project.

The project isolated contaminated sediment near four outfall pipes on the Duwamish River in Seattle:

These areas were dredged to an average depth of 5 feet and 66,000 cubic yards of contaminated material was removed. The dredged material contained polychlorinated biphenyls, or PCBs, but all dredged sediment was below the Toxic Substances Control Act (TSCA) PCB limit. The contaminated sediment handled by Rabanco waste disposal and shipped by train to the Roosevelt Landfill in Klickitat County.

The project isolated any remaining contaminated sediment from the environment by building an isolating sediment cap. The cap surface was also designed to provide beneficial salmon foraging habitat.

A follow up action was conducted in February 2005. A thin layer of sand was placed around a portion of the dredged area to reduce the level of contaminants from the previous dredging activity. 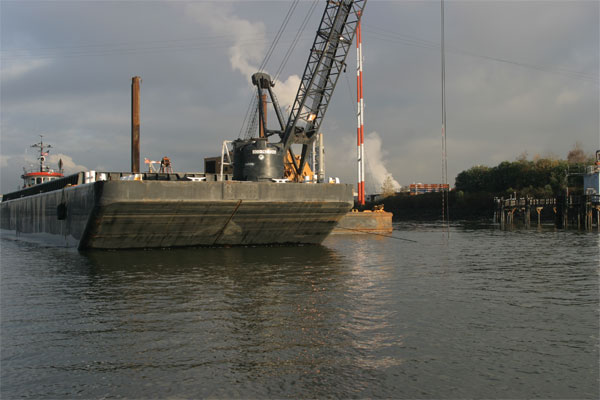 Contractor dredged from the shoreline to the navigation channel of the Lower Duwamish Waterway. December 3, 2003 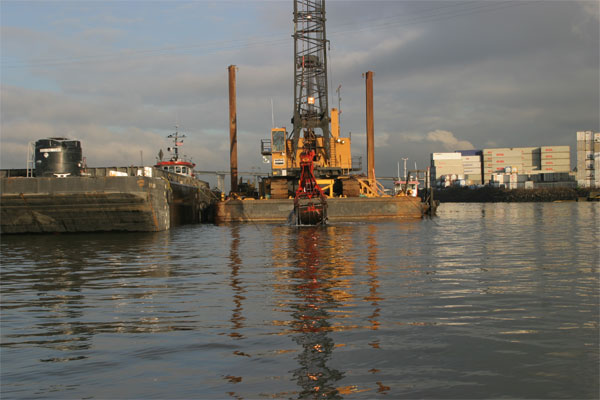 A 10-cubic yard bucket removed 68,250 cubic yards of contaminated sediment near the old outfall of the Diagonal Treatment Plant. December 3, 2003 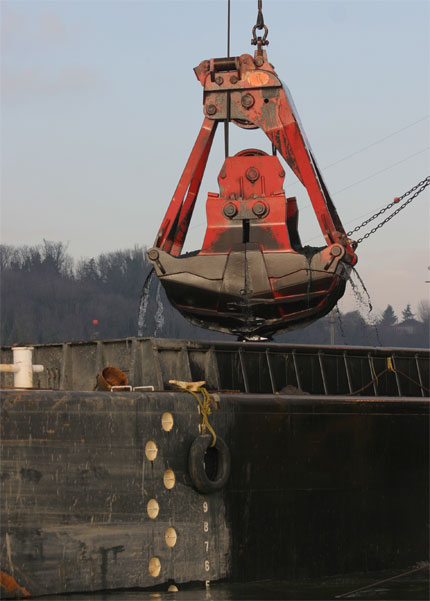 Sediment was loaded on barges and sent to a specially designed landfill. December 3, 2003