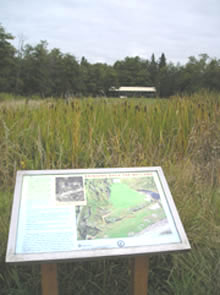 The geographic scope of the plan is a nine-square mile area that includes parts of the cities of Burien, Normandy Park, and SeaTac; King County; and SeaTac International Airport.

The basin plan is in draft form and has not yet been adopted by the local governments.

What is a basin plan?

A basin plan provides technical information and analysis that is used to decide how best to address surface water management problems, such as flooding, poor water quality, erosion, and aquatic habitat degradation.

Only problems of a regional nature are considered in a basin plan.

A basin plan is reviewed and approved by the elected officials of each participating agency involved.

The plan does not provide funding or authorization for construction of capital projects or implementation of programs; it is a planning document that is implemented through future agreements among the agencies.

Who are the partners in this effort?

Developing the Miller and Walker Creeks Basin Plan was a cooperative effort involving the cities of Burien, Normandy Park, and SeaTac, the Port of Seattle, the Washington State Department of Transportation, and King County. The participating agencies signed an interlocal agreement (ILA) that specified responsibilities and cost shares for the project. By cooperating, the parties were able to better use taxpayers' dollars by pooling resources and avoiding a piecemeal approach that could duplicate tasks and leave gaps.

What work was done?

There were two main tasks in developing the basin plan:

How long did it take to complete the Miller and Walker Creeks Basin Plan effort?

The planning effort began in 2002. The Executive Proposed version of the Plan was released in February 2006.

How did the Partners make decisions?

Decisions were made by consensus among the project partners.

Why was this basin plan developed?

Washington State requires cities such as Burien, Normandy Park, and SeaTac to meet current standards for protecting water quality within their boundaries. The cities want to step up to this responsibility and safeguard their streams. In addition, King County has a long-standing interest in developing a basin plan for this area. The Port of Seattle and the Washington State Department of Transportation are also property owners within the basin and want to work cooperatively to assess problems in the basin and work to develop solutions. The parties have discussed preparation of a basin plan for a number of years. All parties agree that the early 2000s was the time to develop a plan.

What is the connection between the Miller and Walker Creeks Basin Plan and the Port of Seattle's construction of the third runway?

The basin plan did not authorize, facilitate, support, or oppose the Port's proposed third runway project or any other project proposed as part of the Port's master plan update. The Port was solely responsible for obtaining necessary permits for its projects and pursued those permits separate from the basin planning process.

How will the Miller and Walker Creeks Basin Plan become effective?

The basin plan will only become effective after the legislative authorities of the Project Partners review and approve the plan. Any authorization and funding for capital projects would need to occur via separate interlocal agreements. The public can comment on all formal actions of their local legislative authorities.

How was the public involved in developing the basin plan?

In addition to the web site, there were several public meetings to share information and gather comments. In addition, public comment periods will occur during review and approval of the basin plan by the project partners' legislative authorities.

You can contact the Project Partner representative for your area.

Stewardship of the Miller/Walker Creeks basin is jointly funded by the City of Burien, City of Normandy Park, City of SeaTac, King County, and the Port of Seattle. On behalf of the partners, this page is proudly hosted by King County Department of Natural Resources and Parks - Water and Land Resources Division.