Condoms and other barriers, when used regularly and correctly, greatly reduce the risk of getting HIV and other Sexually Transmitted Infections (STIs). 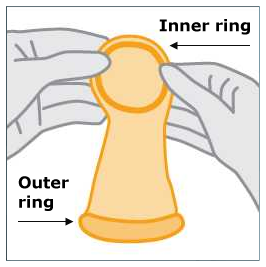 Oil-based lubricants should not be used. Lubricants like Vaseline, some hand creams, Crisco, butter, mineral oil, or other oils can dissolve or weaken latex and lead to condom breakage.

Look for water-based or silicone lubes that don't contain Polyquaternium, Glycol, Paraben, or Glycerin. These chemicals used in the manufacturing of some lubes may be linked to an increased risk of cancer or getting STDs.

Water-based lubes should have a pH between 4.5 and 7, which is close to the pH of fluids in the body. Water-based lube should also have an osmolality of between 200 and 380 mOsm/kg.

pH - A measure of acidity and alkalinity, (in this case in bodily fluids or the lube). Does not apply to silicone-based lube.

Osmolality - A measure of the number of dissolved particles (salts and sugar) per unit of water. Does not apply to silicone-based lube.