There is new evidence of fentanyl being sold in rock form in King County. If you or someone you know is using rock or powdered drugs (especially those who believe you are using crack or powder cocaine), be aware it could be fentanyl or contain fentanyl.

Regardless of what substances are used, reduce overdose risk by doing the following:

To learn more and access treatment resources, visit: www.warecoveryhelpline.org
To learn more about responding to an overdose, visit: stopoverdose.org

There was an overdose cluster in the South Seattle area on 3/27 and 3/28. Several people reported using crack cocaine that may have been laced with fentanyl.  Reduce your overdose risk by testing drugs, always having Naloxone, not using alone.

Given the high risk of overdose from pills and powder containing fentanyl, we are urging people not to use alone. We are seeing more and more people in or community die of drug overdose when using alone. Some of the recent deaths were among people who had naloxone with them, but no one was present to administer naloxone to reverse the overdose.

We are also concerned by recent situations in which two people have died at the same time after using fentanyl together. When using with others, reduce risk by taking turns: watch and wait before the next person uses. Visit lacedandlethal.com for more info on fentanyl and overdose prevention.

Ways to reduce risk of overdose:

Aug. 31, 2021: How you can help prevent an overdose death: Tips for Overdose Awareness Day

How you can help prevent an overdose death: Tips for Overdose Awareness Day

On this final day of August, we are remembering and mourning those who have lost their lives to fatal drug overdose. And as part of International Overdose Awareness Day, it's a good time learn about the risk of overdose and evidence-based practices and resources that mitigate harm and help to reduce stigma associated with overdose and substance use.

Public Health — Seattle & King County has been alerted to an increasing trend in fentanyl-involved overdoses in the unstably housed population.

In both May and July 2021, the King County Medical Examiner's Office identified 10 fatal overdoses involving fentanyl in unstably housed individuals, which is 5 times the amount of fatal fentanyl overdoses seen in the preceding months.

Locally, fentanyl is most commonly found in counterfeit pills. These pills are often blue and marked with "M30" and referred to as "oxys" or "percs." Fentanyl has also been found in white powder drugs and, more rarely, in black tar heroin.

Please share this information widely with colleagues, clients and patients.

Medications such as methadone and buprenorphine are effective treatments for opioid use disorder. Starting medication for opioid use disorder is now more accessible than ever. People can connect with a provider via phone or online from their own home to get started on buprenorphine. Call the Washington Recovery Helpline for resources at 1-866-789-1511 or www.warecoveryhelpline.org.

King County has seen an increase of fentanyl-related overdose deaths in recent months amongst individuals living unsheltered or unstably housed. Fentanyl continues to be primarily found in the form of counterfeit blue M-30 pills. Visit www.lacedandlethal.com to learn more about how to prevent overdose and treatment options.

March 3, 2021: Methamphetamine deaths on the rise in Washington state

Be on alert for these danger signs:

If you see signs of overdose, call 911 right away. The Good Samaritan Law protects you and the victim from prosecution.

Learn more at www.stopoverdose.org. Printable materials with this information are available:

January 14, 2021: Sharp rise in fatal overdoses over the past two weeks in King County

Public Health – Seattle & King County is alerting our community about a sharp rise in fatal overdoses over the past two weeks. In the period from Dec. 27, 2020 to Jan. 9, 2021, the King County Medical Examiner’s Office identified 42 suspected or confirmed overdose deaths. Sadly, this two-week period is the highest number of overdoses in a two-week period ever documented in King County. Preliminary testing has found that the majority of the recent overdoses involved multiple types of drugs including 17 fatal overdoses that likely involved methamphetamine and 7 that likely involved fentanyl.

Public Health encourages everyone to be aware of the risks and to share this information throughout our community:

For more information visit: Alert: Spike in fatal overdoses in our community

December 18, 2020: King County is seeing a rise in counterfeit pills of all kinds

Recently there's been an increase of counterfeit pills sold and marketed as Adderall that test positive for methamphetamine (see photos). We also continue to see fake oxycodone as M-30 pills that contain illicit fentanyl. We encourage anyone purchasing pills from anyone other than a pharmacy to exercise extreme caution. Safer use strategies include taking a small sample as a tester, avoid using alone, and have naloxone on hand. 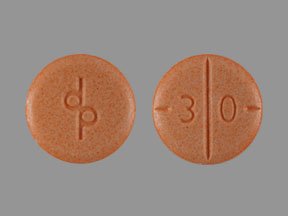 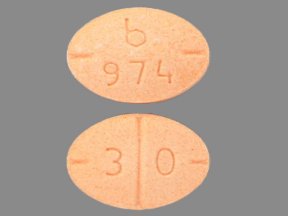 August 5, 2020: Three incidents of overdose death due to fentanyl in King County

Three incidents of overdose death due to fentanyl in King County

Since March, we have seen at least three incidents of overdose death due to fentanyl in white powder in King County. You cannot see nor taste fentanyl. Please make sure to not use alone, go slow and have naloxone on hand if you are using drugs. Treatment is available at www.warecoveryhelpline.org

See updates to the following:

How to access free naloxone (Narcan) in King County

Fentanyl is newly being seen in black tar heroin in King County. There have been 3 incidents since March, including two fatal overdoses. Previously in the county, fentanyl was typically only found in counterfeit pills and white powders.

Many buprenorphine (Suboxone) prescribers in King County are now available to initiate new patients by phone. This is possible due to a relaxing of federal rules during COVID-19. To find a participating provider, call the WA Recovery Helpline at 1-866-789-1511.

With continued fatal overdoses from opiates including fentanyl, we want to remind our community that it is now easier to access medications to treat opioid use disorder. Several prescribers in King County are now available to start people on bupe/suboxone by phone. Learn more by calling the Washington Recovery Helpline at 1-866-789-1511.

Public Health – Seattle & King County reminds our community that pills purchased off the street or online without a prescription likely contains illicit fentanyl—the drug that can lead to overdose and death. In just the past two weeks, the King County Medical Examiner's Office identified 14 people whose lives were lost to drug overdose involving fentanyl.

Thank you for registering to receive drug alerts from Public Health – Seattle and King County.

This past week, we have seen an elevated number of overdose deaths involving fentanyl in King County. Many of the fentanyl-involved deaths continue to be related to blue "M30" pills, often referred to as "oxys" or "percs." Warning: these pills are counterfeit and contain fentanyl! Remember: If you can, don't use alone; if you do, have someone check on you.

To order free materials, direct others where to sign up for alerts, and access the latest data dashboards go to: www.kingcounty.gov/overdose