Check back here when snow and ice are expected in our region.

Crews continue to monitor conditions and are prepared to respond to snow and ice and flooding when the weather changes.

For information about roads and flooding, visit: kingcounty.gov/roads/flooding 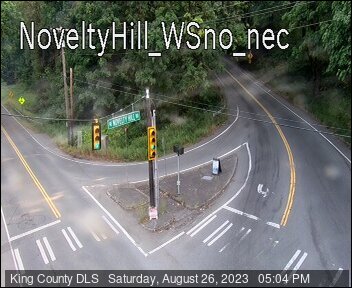 Will your route be clear this winter?

King County plows and treats 583 miles of designated snow and ice routes. If you do not live on a designated route, be prepared for the possibility you may need to stay home and avoid driving for up to several days during a major winter storm. 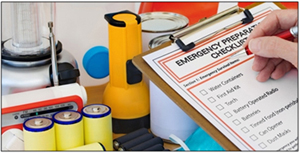 Emergency preparedness information from other agencies:

1. Which King County roads will be plowed and sanded this winter during a countywide storm?

We work with first responders to clear roads that are outside of our designated snow routes when directed by 9-1-1.

Category 1: At times, snow may accumulate faster than our plows can keep up with. Crews will continue to re-plow Category 1 routes until they are all clear before moving on to Category 2 routes.

Category 2: Some Category 2 routes may be delayed or not plowed and treated until all Category 1 routes are fully clear.

Category 3: Categories 4 and 5: In most cases, communities should not expect roads other than designated snow routes to be plowed and sanded in any type of storm.

2. How does King County determine snow and ice routes?

There are 1500 miles of road in Unincorporated King County. We make the best use of our limited resources by plowing and sanding one-third of our road system. Our high-volume roads that deliver traffic to and from the highway, lifeline emergency routes, transit routes and minor collector roads that serve densely populated areas. There are 583 miles of designated snow and ice routes in the system. Map of 2022-23 snow routes PDF 2MB

3. What could prevent or slow snow removal progress on designated routes?

We do our best to clear designated snow and ice routes in priority order. Sometimes unforeseen issues arise that slow down our progress. For example, we may need to redirect crews off a snowplowing route to clear a fallen tree from a different road. At times, emergency responders ask us to clear other areas so that fire trucks and ambulances can respond to a 9-1-1 incident. Last, but not least, snow plowing may be delayed due to equipment breakdowns.

4. May I request the County to plow my road if my road is on a designated snow route?

5. I don't live on a designated snow and ice route, will the county plow my road?

In most cases, communities should not expect roads other than designated snow and ice routes to be plowed and sanded in any type of storm. If your area is not on a designated snow route, be prepared to wait up to several days and, when possible, avoid driving, in severe weather. If you need life-safety emergency access plowing, or are medically vulnerable and in need of treatment, call 9-1-1.

6. My road is on a designated snow route but has not been plowed. Can you help?

You can check our Winter Weather Response Map to see where our plows have recently cleared away snow. It could take several days for crews to clear and sand all 583 miles of designated snow and ice routes.

If your road is on a designated snow route but has not been plowed, you may call or email our 24/7 Road Helpline to find out the status of your route.

7. Is there way to track which roads are plowed in unincorporated King County?

Yes. View our Winter Weather Response Map to track recently plowed areas. The information on the map is posted approximately 15 minutes after the road has been plowed. The time delay helps prevent drivers from tailgating our snowplows -which is very dangerous!

8. When can I expect my road to be plowed?

If you need life-safety emergency access plowing, or are medically vulnerable, call 9-1-1.

Make sure to check the snow route map PDF 2MB to see if your road is a designated snow route. We plow and sand designated snow and ice routes by category. Category 1 is plowed first, then Category 2, and so on. It could take up to three days to plow and treat Categories 1 and 2, depending on how much snow we get. This means, if your road is on a Category 3, 4 or 5 route, it could take several days until crews are able to treat your road.

Community members who do not live on a designated snow and ice route should prepare in advance for the possibility of being snowed in for up to seven days during a major winter storm.

9. Why did the County plow a road that is not on a designated snow route?

10. Why did the county plow a section of road, instead of the whole thing?

11. What is a countywide snow and ice event?

A countywide snow and ice event occurs when snow and ice response crews are needed in most or all areas of unincorporated King County at the same time.

Countywide events often require us to dispatch all of our available snow response resources to plow and sand as many miles of designated snow routes as possible.

12. What is a localized snow and ice event?

A localized snow and ice event occurs when snow and ice response crews are needed in one or two areas of unincorporated King County at the same time.

13. Will Category 1 snow routes in unincorporated King County always be clear when it's snowing?

At times, snow may accumulate faster than our plows can keep up with; however, county crews will plow and sand the Category 1 routes throughout the snow event.

Category 1: Category 2, Category 3 and Category 4 routes will be plowed and sanded in descending order after Category 1 routes.

You can check our Winter Weather Response Map to see where our plows have recently cleared away snow.

14. What about other roads – the ones that aren't on the designated snow route map?

The county does not have the resources to plow all 1500 miles of road in unincorporated King County.

15. Will King County plow my driveway?

No. Residents are responsible for clearing snow from driveways.

16. Where can I find information on plow routes and snow preparation on state highways?

17. How about information on plow routes and snow preparation in cities such as Seattle, Renton, Maple Valley, Auburn, Woodinville and Bellevue?

For snow removal in cities and towns in King County, visit the city or town's website (here's a list of links) and look for snow and ice information or plow routes and maps.

18. What will happen if there's an emergency and an ambulance or fire truck needs to get to my home?

If needed, snowplows will be pulled off routes to help emergency vehicles gain access into neighborhoods for life and safety emergency response. Emergency snowplowing is coordinated through first responders and the Office of Emergency Management.

King County crews from other departments such as the Department of Natural Resources and Parks are also trained to drive plows and help clear and sand roads within our designated snow route area when needed.

No. The County cannot authorize private community members, residents or private snow removal contractors to plow public roads. Plowing public roads is dangerous and difficult work. Our county crews are licensed and trained to handle the hazards of extreme weather conditions, out-of-control vehicles on slippery roads, abandoned vehicles, children playing near or in the road, and steep terrain.

Please do not attempt to plow a county road.

Residents or contractors who plow a public road risk significant personal liability if someone is hurt or killed, or if property is damaged. Other jurisdictions such as Pierce and Snohomish counties also do not allow private residents or private contractors to plow public roads.

21. When does the County hire private contractors to assist with snow and ice response ?

22. If a contractor has a license to operate heavy equipment (front loaders, plows, bobcat, etc.) is it legal for the contractor to use the equipment to clear or treat County roads?

No. It is illegal for anyone other than King County to employ or contract with contractors that are licensed to use any type of equipment that could be used for snow removal or road treatment.

23. Which areas are more prone to have ice?

Drivers should always use caution and expect slippery conditions when driving during winter weather.

Ice can form sooner on the decks of bridges and overpasses before it does on the roadway because air can circulate both above and below the surface of the elevated roadway, causing the pavement temperature to drop more rapidly. Ice can also form in shaded areas.

Black ice, also known as “glare ice” or “clear ice,” is a thin coating of glazed ice on the road. Black ice is not actually black. Instead, it is transparent, allowing you to see the asphalt road surface through it. Black ice often occurs along with wet roads, making it hard to see and especially hazardous for driving or walking.

25. Does King County pre-treat the roads with anti-icer in advance of a winter storm?

King County uses an anti-icer solution called “calcium chloride with boost.” The calcium chloride is salt; “boost” is a solution made of bio-solids such as egg whites and beet juice which helps reduce corrosion on infrastructure.

The calcium chloride (salt) adheres to the surface helping prevent ice from forming. Salt and water can cause rust on metal vehicles and equipment. Boost provides a chemical reaction that prevents rust from forming when the anti-icer solution comes into contact with vehicles and snow-removal gear.

28. What does King County do to treat ice that has already formed?

Dry salt is most effective after the snow has accumulated about an inch and the temperature is 20 degrees Fahrenheit or higher. If the temperature is below 20 degrees, crews use a mixture of pre-wetted salt and sand to break up ice and increase traction. Pre-wetted salt and sand sticks to cold, icy surfaces better and jump-starts the ice melting process.

Preparing for snow and ice videos