City of Carnation was incorporated in 1913 and is a small, rural community of approximately 1,800 residents. Its central location in the Snoqualmie Valley helps provide services to the region's many farms and rural subdivisions.

Carnation's residents are deeply committed to having a police force that is community oriented, locally-directed, and participatory, and sought that type of service when turning to the Sheriff's Office for a police partnership in late 2013.

Together, the Carnation City Manager and Sheriff's Office developed a tailored policing plan that includes one dedicated Carnation police officer who works from the city's police storefront, as well as around-the-clock supplemental patrol and emergency call response.

The full-time Carnation police officer is committed to being an out-of-the-car and out-of-the-box crime fighter, who talks daily with residents and business owners, involves volunteer groups, and integrates community problem solving wherever possible. 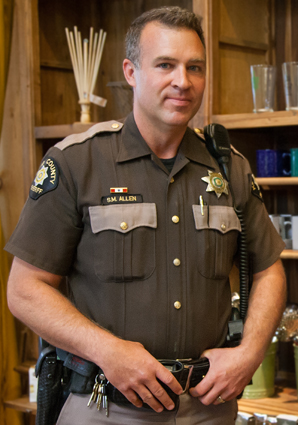 Although Carnation is so small that full-time coverage is not viable seven days a week, the response time and coverage by the department is such that our residents get the best possible service.

In a small town where everybody pretty much knows everybody, providing police services can be difficult. The Sheriff’s Office has done a masterful job of matching their service level to the needs and desires of the community."