Sammamish is a rapidly expanding community of almost 50,000 residents, with an additional 10,000 joining with the annexation of the Klahanie area in 2016. After that major change, it will become the Sheriff’s Office largest city partner at roughly 60,000 residents.

Sammamish has a very large youth population per capita. In recognition of this, the Sammamish Police Department maintains several youth-related programs. The city is staffed with two full time school resource officers who are active in all city schools, and who maintain “Police Partner” and “Adopt-a-School” programs in all elementary schools.

In 2011, CNN Money magazine ranked Sammamish 15th in its review of the best places to live in the United States. Similarly in 2012, Forbes ranked it first in its list of “Friendliest Towns in the United States.” Sammamish has been partnering with the King County Sheriff’s Office for law enforcement services since its incorporation as a city in August 1999. 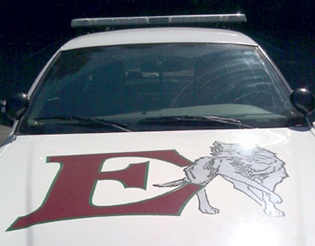 "As one of the city's two school resource officers, I support the school administration in maintaining a safe and positive learning environment. There are several ways to define a school resource officer, but we perform three major roles; law enforcement officer, law-related counselor, and law-related educator. I personally consider myself almost as a parent and definitely a mentor to roughly 4,000 middle and high school students.

The City of Sammamish provides two professional SROs to two city schools in separate school districts; the Lake Washington School District and the Issaquah School District. Both districts are identified and ranked in the U.S. News Education rankings."