Shoreline incorporated as a city in 1995 and now has more than 58,000 residents. The city's boundaries are Seattle to the south, Snohomish County to the north, Puget Sound on the west and the city of Lake Forest Park on the east. The City of Shoreline has partnered with the King County Sheriff's Office for police services since its 1995 incorporation, and is the Sheriff's Office largest partner city today.


The Shoreline Police Department is an example of police services well tailored to and involving the local community. Offering everything from business and neighborhood watches to memory impaired police assistance and landlord training, Shoreline Police Department officers and detectives are geared toward maintaining a community in which residents and businesses are safe and secure, informed and included in city policing actions. The department's 50-plus officers form a patrol division, traffic unit, general detective unit, undercover detective team, a school resource officer, and a community services officer, in addition to numerous dedicated volunteer services.

The city's chief of police, in consultation with the city manager and council, guides implementation of all local police department functions including mission direction, police staffing and personnel selection, department goal setting, budget management, liaison with other local, state or national police agencies, identification of police grants, and more. 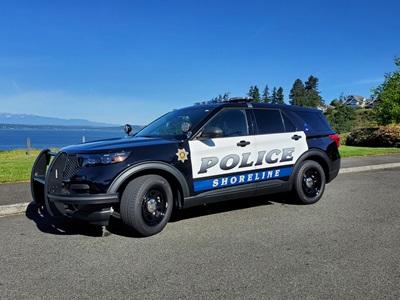