Policing a transit system is unlike any other type of police work. A bus or train becomes a small, somewhat isolated community as people travel together. Therefore, proactive policing, community policing, and crime prevention are hugely important in these "mobile neighborhoods."

Nobody knows this better than Sound Transit Police Department, where the strategy for policing is very different from that of a city police department. Sound Transit Police Department provides high visibility patrol throughout passenger service periods, in partnership with local jurisdictions, seven days a week. The goal is to address quality of life issues and create a safe riding environment for the riding public. The department's crime analysis unit also collects and analyzes crime data that in turn supports plain clothes officers who provide an undercover presence to investigate incidents, and proactively prevent crimes before they happen. 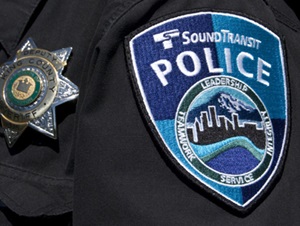 "The canine dogs are great and make me feel safer, especially when I see them riding the train."


"Sound Transit Division deputies are friendly, respectful, and professional. I feel safe operating trains because deputies are visible, monitor the trains, and have quick response time – they’re always there when we need them."