Information from the Water Taxi website is available in alternative formats to persons with disabilities upon request. Please call 206-477-3979 (WA Relay 711).

Meet our crew and staff 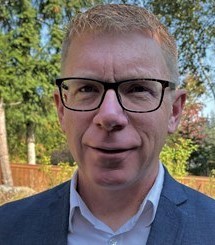 Terry Federer directs the King County Marine Division, which operates the Water Taxi. He grew up in Northern Wisconsin on the shores of Lake Michigan and Lake Superior and spent much of his youth working in shipyards and marinas. He brings a deep understanding of passenger vessel operations with over 20 years of experience as a Captain for Kenai Fjords Tours and Major Marine Tours in Seward, Alaska. He also spent 10 years as the Department Director at the Alaska Maritime Training Center (AMTC) as a USCG-approved instructor and assessor.

Before joining King County, Terry was the Business Development Manager with All American Marine in Bellingham.

Title VI of the Civil Rights Act of 1964 states:

No person in the United States shall, on the grounds of race, color, or national origin, be excluded from participation in, be denied the benefits of, or be subjected to discrimination under any program or activity receiving Federal financial assistance.

The King County Marine Division assures that no person shall on the grounds of race, color, national origin, or sex, as provided by Title VI of the Civil Rights Act of 1964 as amended, and the Civil Right Restoration Act of 1987 (P.L. 100.259) be excluded from participation in, be denied the benefits of, or be otherwise subjected to discrimination under any program or activity receiving Federal financial assistance.

In the event the King County Marine Division distributes federal aid funds to another governmental entity or other sub-recipient, the Division will include Title VI language in all written agreements and will monitor for compliance.

King County’s Office of the Title VI Coordinator is responsible for initiating and monitoring Title VI activities, preparing required reports and other King County Marine Division responsibilities as required by 23 CFR 200 and 49 CFR 21.

Any person who believes they have been aggrieved by an unlawful discriminatory practice under Title VI has a right to file a formal complaint with the King County Marine Division. Any such complaint must be in writing and filed with the King County Title VI Coordinator within one hundred eighty (180) days following the date of the alleged discriminatory occurrence. Title VI Discrimination Complaint Forms may be obtained from the King County’s Office of the Title VI Coordinator at no cost to the complainant by calling 206-296-7592.

To help King County confront climate change and protect quality of life in our region, we’ve focused our efforts in these key areas: 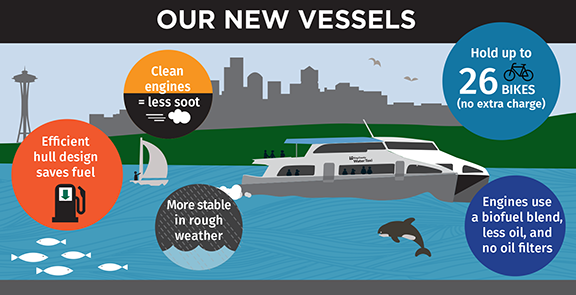 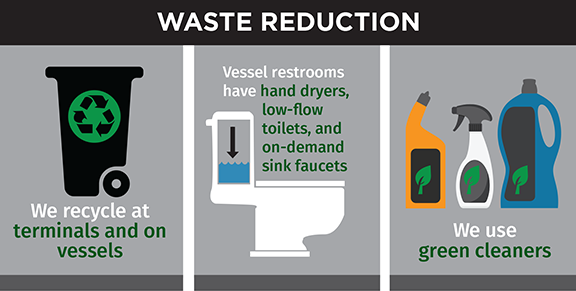