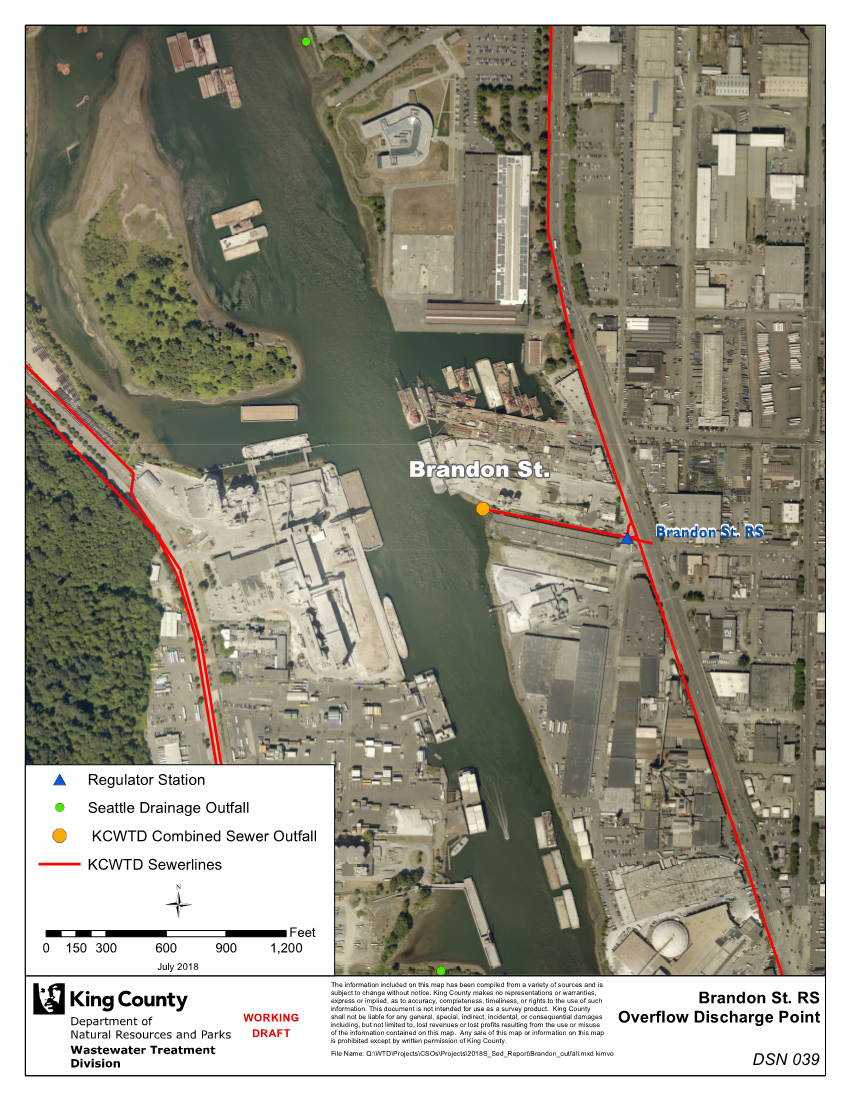 The Brandon St. Regulator Station sends wastewater flows from the Brandon St. Trunk to a pipe called the Elliot Bay Interceptor (EBI), which runs along the East bank of the Duwamish Waterway. During heavy storms, stormwater can fill up the sewer pipes, sending polluted runoff and sewage through a pipe into the Waterway.

The County is now building a wet weather treatment facility that will store and treat wastewater currently being discharged from the Brandon and Michigan CSOs in Georgetown. When constructed, the station will be able to treat up to 70 million gallons of combined rain and wastewater a day that would otherwise have discharged directly to the Duwamish without treatment during storm events. This facility is scheduled for completion in 2022. The new outfall for treated water coming from the facility will be located at the S Michigan CSO in the Lower Duwamish Waterway. 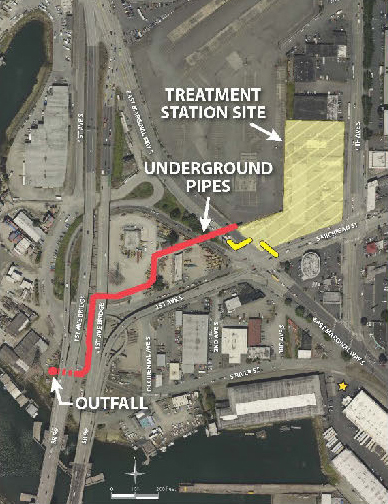 Three project elements make up the Georgetown Wet Weather Treatment Station: the processing facility, pipes that connect the facility to the river, and a new outfall structure that releases clean water into the Duwamish River.

Our goals for the Duwamish cleanup are to:

In 2000, King County, the Port of Seattle, the City of Seattle, and The Boeing Company formed a partnership known as the Lower Duwamish Waterway Group (LDWG). Since then, LDWG has been working with EPA to develop and implement the cleanup. LDWG has invested nearly $200 million on studies to inform the EPA’s final cleanup plan and on addressing sediment pollution through active cleanup of “early action” areas. In total, our efforts have led to the cleanup of approximately 29 acres of sediment and have reduced average surface sediment levels of PCB contamination in the waterway by over one-half. These projects have already made the Lower Duwamish communities a healthier place to live, work, and play.

In 2014, EPA adopted a record of decision for the cleanup of the waterway. EPA’s Record of Decision addresses the remaining sediment contamination, directs cleanup actions and offers plans for source control and long-term monitoring in the waterway. The Washington Department of Ecology is working to finalize their strategy to control ongoing upland sources of pollution so the river can stay clean once it is cleaned up.

The Port, County and City are also undertaking source control actions in the drainage basins to identify, trace and reduce chemical inputs to the waterway. The County’s work to control overflows from the County's Brandon and Michigan CSOs will also contribute to keeping the waterway clean.