Project Update: Construction on this segment is currently complete, and the trail is open for use. Trail construction began January 2017 and was completed on January 17, 2018.

Have questions about the construction process?

New to the trail?

Visit the main trail page to read more about the trail's history, why the trail is being constructed, the amenities and connections it will bring to the surrounding neighborhoods and importance for the region. You can also watch a video describing the projects scope and timeline.

Be a part of the trails community!

The East Lake Sammamish Trail, much like all of our Regional Trails System trails, is a work in progress requiring constant management and upkeep. We always welcome constructive suggestion about trail maintenance, or safety from our users. Be sure to let us know if you see something on the trail that you think we can improve.

Sign up for ELST trail updates to get the news delivered to you! 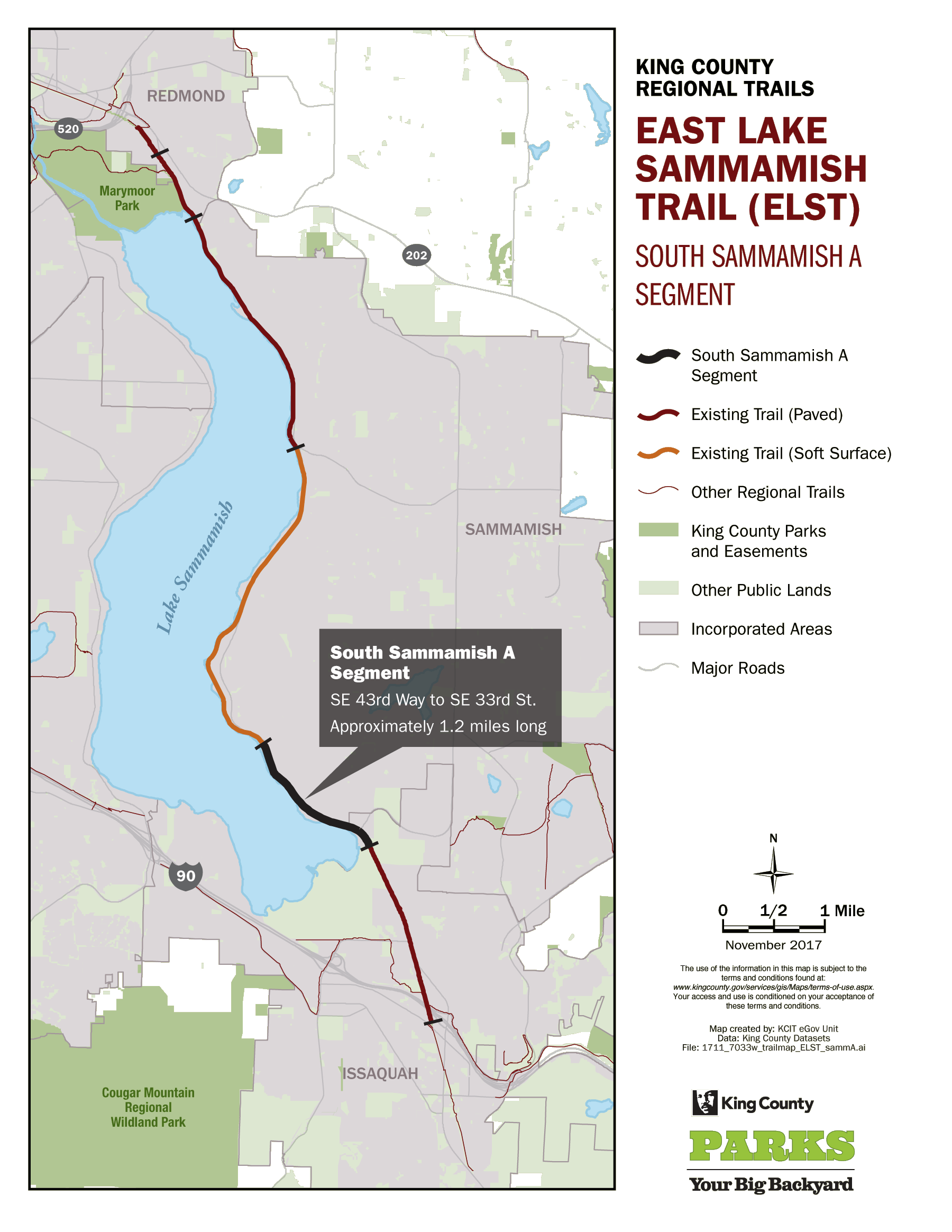