When permitted projects will create unavoidable impacts to the environment, project sponsors must offset, or "mitigate" the environmental impacts associated with the project. The mitigation process includes avoiding and minimizing impacts as much as possible, and then making up for any unavoidable impacts through implementation of a mitigation project. Mitigation projects can occur on-site (at or near the place where the impact project occurs) or off-site. King County Code prioritizes on-site mitigation when it is ecologically feasible and likely to succeed long-term. However, if mitigation on or adjacent to the development site is impractical or won’t result in meaningful ecological benefit, off-site mitigation becomes an option under King County code and state and federal rules. Off-site mitigation options may include use of a mitigation bank, "permittee-responsible" mitigation, or in-lieu fee (ILF) mitigation through the King County's Mitigation Reserves Program (MRP).

In a Federal Rule PDF (567 KB) published in April 2008, The U.S. Army Corps of Engineers (the Corps) and the U.S. Environmental Protection Agency (EPA) define an ILF program as: 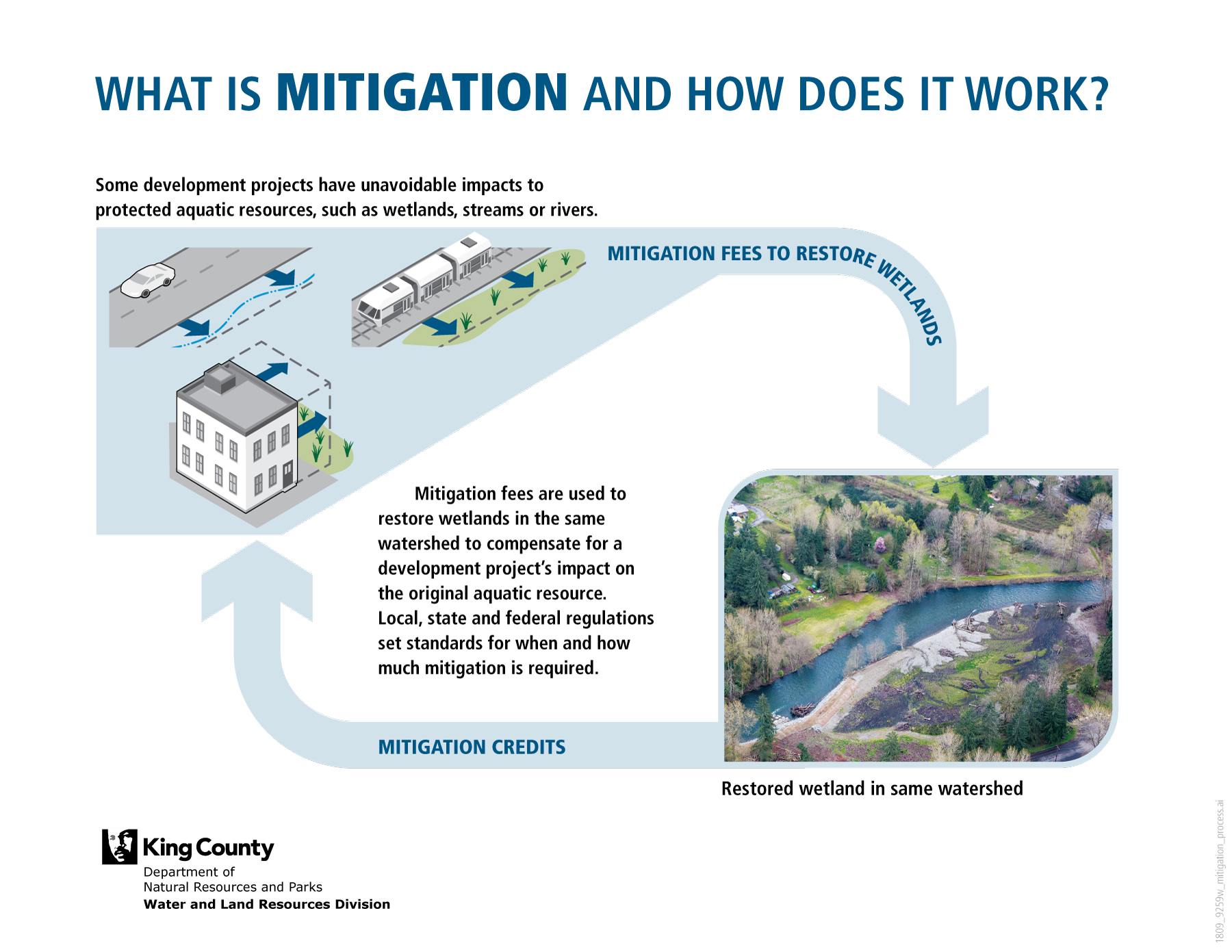 Here is a step-by-step example of the process for mitigating unavoidable permitted impacts to wetlands, rivers, streams, and buffers through the MRP*:

*At multiple points in the process, an Interagency Review Team (IRT) will review and approve project proposals. The IRT is co-chaired by the Corps and the Washington Department of Ecology (Ecology); other members will include representatives from state and federal regulatory agencies, tribes, and local governments.