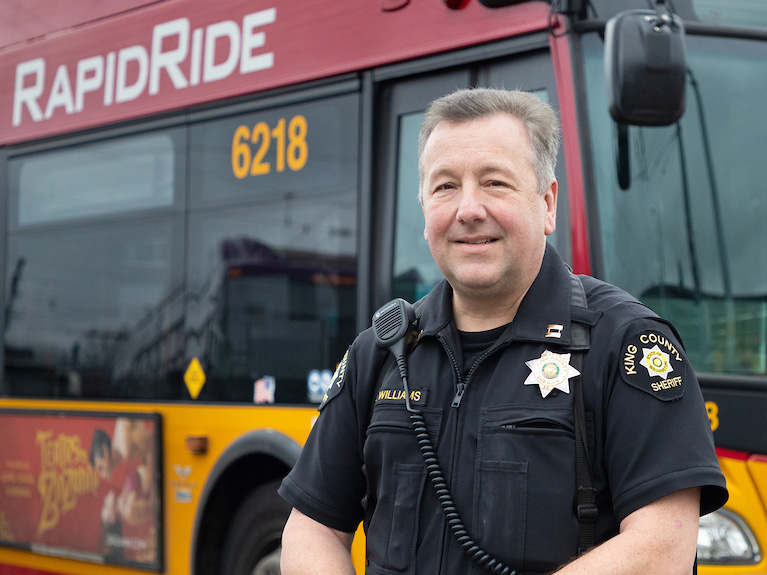 Captain Williams has a 30 year career of policing in the King County regional community. He came to Metro in 2014 and quickly fell in love with policing the transit environment. He considers working at King County Metro as the best job he has ever had and considers it an honor to work closely with so many dedicated transit professionals.

I am proud to introduce you to the Metro Transit Police Investigations Section. The Investigations Section is responsible for follow-up and response to major incidents on the King County Metro system. We respond to matters ranging from major property crime to crimes of violence. Our most important investigations involve operator/bus driver assault and reducing sexual misconduct on the transit system. We are also keenly focused on impacting human trafficking especially the exploitation of minors. If you become aware of criminal conduct, a potential terroristic act, or suspect human trafficking, please call 9-1-1.

Our investigations unit is comprised of: