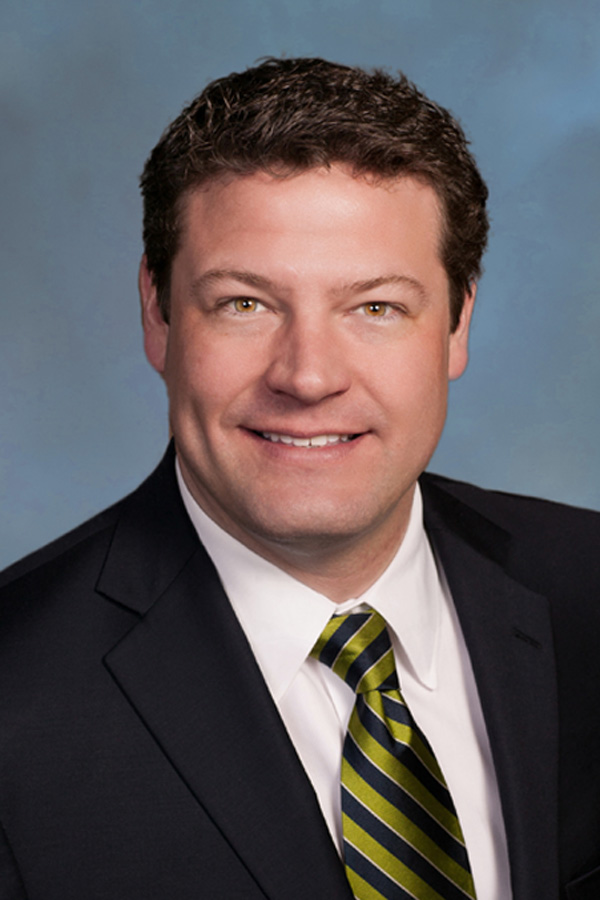 King County Councilmember Reagan Dunn has spent his career fighting to make our communities safer.Through his leadership on criminal justice policy, his work as a federal prosecutor, his dedication to providing legal representation to those in our community most in need, and his expertise in managing large government organizations, Reagan has a proven record of caring for those he represents.

Reagan currently serves as Vice Chairman of the Metropolitan King County Council, the nation's 13th largest county, which includes Seattle and 38 other cities. He represents nearly a quarter of a million people and nine cities in Southeast King County. He also serves as the Chairman of the Board of Supervisors for the King County Flood Control District, a special purpose government separate from King County. Under his leadership as Chair, the District has placed nearly a half a billion dollars in flood infrastructure designed to protect lives and property in flood-prone areas of greater Seattle. The District boasts one of the best overhead-to-capital project ratios in the country and has received a "clean" report from the state auditor every year since the district was formed seven years ago.

Reagan was first elected to the County Council in 2005. In addition to serving as Vice Chairman of the Council, he has served as the Chairman of the King County Law, Justice, Health and Human Services Committee, Employment and Administration Committee, Transportation Committee, Regional Transit Committee, and Government Accountability and Oversight Committee. In these capacities, he received numerous awards including Washington State's Outstanding Local Elected Official of the Year in 2012.

Reagan spent nearly three years working for DOJ in Washington DC. He was appointed by President George W. Bush to serve as Senior Counsel to the Director for the Executive Office of United States Attorneys (EOUSA), the agency that provides support for the 93 United States Attorneys Offices. EOUSA provides support to nearly 10,000 lawyers and staff nationwide and Reagan served in one of the agency's most senior posts. In this capacity, he was the first National Coordinator for Project Safe Neighborhoods: America's Network Against Gun Violence, a national Initiative that he helped to author in 2001. He also served DOJ as Counsel to the Assistant Attorney General for the Office of Justice Programs and Attorney Advisor for DOJ's Office of Public Affairs.

Like many Americans following September 11, 2001, Reagan felt called to lend a hand in the fight against terrorism. He worked as a DOJ delegate on the President’s Task Force on Citizen Preparedness and was actively involved in the formulation of USA Freedom Corps and Citizen Corps. He helped to design and launch the Volunteers in Police Service (V.I.P.S.) program and led efforts to expand the National Neighborhood Watch Program to include terrorism awareness. Reagan also participated in the investigation of Zacharias Moussaoui (occasionally referred to as the 20th Hijacker) in the Eastern District of Virginia.

In 2012, Reagan ran for Washington State Attorney General. He won the Republican primary, beating his nearest challenger by more than 28 percent. In the general election, Reagan received the endorsements of nearly every law enforcement association and newspaper across Washington state, including the Seattle Times, but narrowly lost the general election after garnering nearly 1.4 million votes in one of the nation's most competitive and closely-watched races. Reagan also enjoys sharing his knowledge, and has been a frequent instructor on criminal law. He has taught numerous times at the National Advocacy Center in South Carolina for the National District Attorneys’ Association and DOJ’s Office of Legal Education.

Reagan’s many accomplishments as a leader in criminal justice policy include working to support statewide bail reform for dangerous defendants following the tragic murders of four Lakewood police officers in 2009. Reagan served as the statewide Executive Director of the Remember Lakewood Referendum Campaign, which amended the Washington State Constitution with one of the highest vote percentages in state history.

Reagan is also recognized as a leader in the fight against human trafficking. He has been the prime sponsor of a number of measures including an anti-human trafficking initiative to launch a public awareness campaign against this form of modern day slavery. This campaign uses Metro transit ads, county websites, billboards and a toll-free hotline, all towards the goal of raising awareness for victims, families and the public.

One of the subjects closest to Reagan's heart is the issue of addiction and recovery. One in six Americans suffers from some sort of addiction; one in eight from addiction to drugs and alcohol. Reagan has been an outspoken supporter of King County's Mental Illness and Drug Dependency program. Because of Reagan's leadership, Washington State is now the first state in the nation to recognize a legal privilege in civil law between addicts and their sponsors participating in recovery programs.

Prior to joining the Justice Department, Reagan lived in Bellevue and practiced law for several years with the law firm Inslee, Best, Doezie & Ryder, P.S. While working in Bellevue, he represented many small businesses and also served as Chair of the Eastside Business Alliance. Reagan is a member of the bar and admitted to practice before the United States Supreme Court, the Ninth Circuit Court of Appeals and all Washington State and federal courts.
After graduating Magna Cum Laude from Arizona State University, Reagan attended the University of Washington School of Law, where he graduated in 1998 with the degree of Juris Doctor, Order of Barristers. He was selected as a member and Vice President of the Moot Court Honor Board. While at law school he also was a judicial aide to the Honorable Barbara Durham, Chief Justice of the Supreme Court of Washington.

Throughout his career, Reagan has dedicated his time to providing legal representation to those in our community most in need. He has volunteered as a board member on the Washington State Bar Association’s Pro Bono and Legal Aid Committee and was a board member of the Eastside Legal Assistance Program, an organization dedicated to providing pro bono representation to victims of domestic violence.

Reagan is also the Founder and a Board Member of the National Alliance for Parents in Recovery (NAPIR). This alliance was created to bring hope back to families that have been broken by addiction through resources and community. To learn more about NAPIR and access it’s resources, visit napir.org.

Reagan’s commitment to public service has not gone unnoticed. In 2009, he was one of twelve Republicans nationwide to be selected by the Aspen Institute to the Institute’s prestigious Rodel Fellowship.

In 2002, Reagan received the Project Safe Neighborhoods Achievement award by U.S. Attorney General John Ashcroft for significant contributions to the fight against gun violence in America; in 2003 he was recognized by EUOSA for his dedication and contribution to the agency; in 2005 he was awarded for his outstanding service and Dedication to the US Attorney’s Office for the Western District of Washington. And in 2012, he was awarded as Washington State's Outstanding Local Elected Official of the Year. He was just recently recognized with Smarter Government's Bright Light Award for his work helping incarcerated and addicted veterans.

Reagan lives in Bellevue, Washington and has two wonderful children--Hayden Dunn (7) and Pemberley Jennifer Dunn (4). He enjoys bow hunting, fly fishing, restoring old cars and spending time with his children at his ranch in the Teanaway.