Plan your trip, find stops and stations, system and route maps, get route schedule and fare information here on the Metro website:

Call us for trip planning and schedule information. You can reach us at:

The WA Relay number is 711. The Call Center is open Monday thru Friday from 6:00 AM – 8:00 PM and closed on weekends and holidays.

Visit a Customer Service office to pick up schedules, system maps, passes or talk to one of our staff members:

Get directions to King Street Center

Metro’s Westlake Customer Service Office in the Downtown Seattle Transit Tunnel permanently closed on Wednesday, March 6, but ORCA cards can be purchased or reloaded at nearby locations.

Schedules may look complicated, but once you become familiar with them, they're really quite easy.

Here's what you'll find on a schedule: 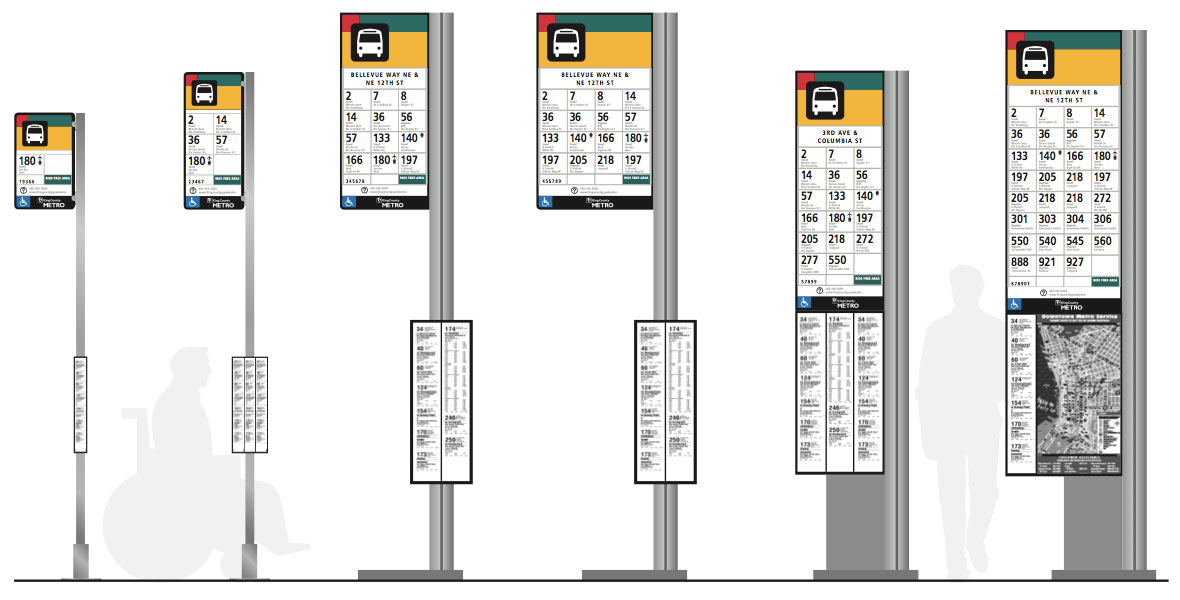 Visit your nearest bus stop and see what buses stop there. The route numbers are shown on the bus stop flag and in many instances the schedules are shown in a holder that is mounted to the pole, shelter or post. Check to see if the schedule times refer to your stop, or to a timepoint that may be nearby. After you get on, you can grab a timetable for your route. 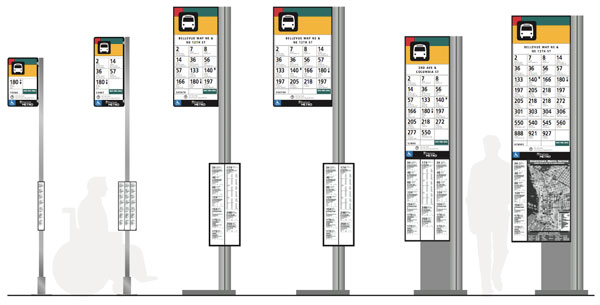 When the bus arrives, look at the destination signs on the front and side. The sign will tell you the route number and where the bus is going. More than one bus route may serve an area, and not all routes operate at all times.

We offer a number of ways to pay your fare: 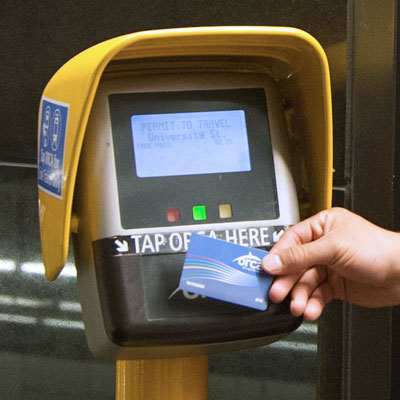 Arriving at your stop

Stay alert so you know when your stop is approaching. If you're not sure when to get off the bus, sit close to the front and ask the driver to call out your stop.

Signal the driver you want to get off the bus about one block before you reach your stop. Depending on the type of bus you're riding, you can signal the driver by one of the following methods:

The "Stop Requested" sign at the front of the bus will light up when you have activated the signal. When the bus stops, exit through the rear door if the bus has two doors. Wait until the bus pulls away so you can see traffic clearly before crossing the street. Do not cross in front of the bus.

Because we want you to feel secure traveling at night, Metro offers you Night Stop. Available between 8 p.m. and 5 a.m., Night Stop allows you to ask the driver to let you off at any point along your bus route, even though it may not be a Metro bus stop.

Just come to the front of the bus at least a block ahead of where you want to get off and request your stop. The driver will decide whether the stop you asked for can be made safely. Drivers can pick you up only at regular Metro bus stops.

Night Stop is not available in downtown Seattle between Battery Street and South Jackson Street, and the waterfront and Interstate 5.

For safety reasons, the wheel-chair lift will be deployed only at lift-approved bus stops along the route.

More ways to connect with us